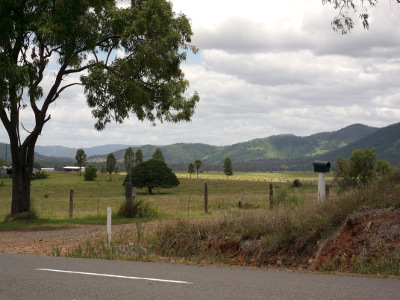 I felt it was a good and productive meeting. In the past, there have been tensions between researchers and funders, some of which I have grumbled about here; but this time the spirit was much more co-operative. Indeed, even the term “pure mathematics”, which might be divisive, was only used because a large room was filled by people who could discuss algebra, geometry and topology, analysis, number theory, logic, and combinatorics, and there would not have been room for more (though someone made a passionate case that probability should be included in future). On the second day, even a discussion of impact managed to be positive, partly since EPSRC’s definition of impact is more liberal than the REF’s, and partly because the EPSRC team really wanted to know what we thought counted as impact. Perhaps things are really getting better!

A landscape document is intended to capture some evidence of the quality and quantity of research in a particular area, illustrated with highlights of recent work. In the past they have been used to grow or shrink areas, but now the focus seemed to be more on using the evidence to persuade politicians that mathematics as a whole is worth funding.

Landscape documents have to be done right. The authors of the documents were invited to give presentations: those who had prepared their presentations in portrait format found that they were unreadable by the audience.

I think of myself as an algebraist, but I had been assigned to a group discussing combinatorics. There, I had the experience of finding my views on the strengths of combinatorics rejected or pushed to the margin by the younger generation.

Combinatorics presents difficulties for this sort of exercise. This is partly because a lot of combinatorics, some of it excellent, is done by people who would never think of themselves as combinatorialists, and falls under the radar of people trying to judge or summarise the activity. Fields in which combinatorics is done in this low-profile way include computer science, mathematical physics, geometric group theory, harmonic analysis, and additive number theory.

(Indeed, I was once taken to task by John McKay, the discoverer of moonshine, for describing Richard Borcherds’ proof of the Moonshine Conjectures as being – at least in part – combinatorics. But I stand by what I said. Denominator identities for Lie algebras, which play an important role in the proof, are exactly the kind of combinatorics which would have delighted Euler, had he known about them.)

Moreover, there are important areas, including constraint satisfaction, representation theory of the symmetric groups, large parts of permutation group theory, and many others, about which there is some argument as to whether they are combinatorics or not.

Anyway, in the first step of a SWOT analysis of the subject, we were invited to say what the strengths were. I proposed that the most important strength of combinatorics is the way it interacts with other subjects, and gave a number of examples. But the group didn’t accept my view, and instead put down central areas of combinatorics such as probabilistic and extremal combinatorics, preferring to refer to these interface regions (some of them well over a century old) as opportunities.

So here is a little story about what I think is one of the most exciting recent developments in combinatorics in recent times. Actually, I won’t give the recipe, but simply list the ingredients. All these things are closely connected.

And of course, once you have thrown homogeneous structures (part of model theory) into the mix, you are soon in the area of Ramsey theory and topological dynamics …

After the SWOT analysis, the next exercise was to list the intra- and interdisciplinary connections of the subject, so at least some of the things I consider important did get put in at that stage.

As part of the co-operative spirit that prevailed in the meeting, EPSRC have promised that a version of the documents we produced will eventually be made available to the mathematical community: there is no attempt to keep them secret, but some discussion of individuals will have to be edited.

And a final note: the landscape at the start of this article is the Widgee valley near Gympie, and the one at the end is on the Darling Downs near Toowoomba.

I count all the things that need to be counted.
View all posts by Peter Cameron →
This entry was posted in events and tagged algebra, analysis, combinatorics, EPSRC, geometry, landscape documents, logic, number theory, pure mathematics. Bookmark the permalink.